Social Comparison Theory was first developed by Festinger in 1954.  It is described as:

“There exists in the human organism, a drive to evaluate his opinions and abilities” (p. 117).

Festinger argued that people tend to make comparisons with similar others, however, two types of social comparison have emerged:

Social comparisons have been widely reported by people who are ill (Gibbons and Gerrard, 1991).

This tendency to carry out social comparisons when we are ill can, in part, be explained by Crisis Theory (Moos and Schaefer, 1984):

People in crisis are particularly susceptible to external influences.

When ill or living with a chronic condition, social comparisons may be used for a number of reasons, such as:

There is some evidence that downward social comparisons are more likely to be used by people who are ill or living with a chronic condition (Collins, 1996).

In a healthcare environment, comparing ourselves to a patient who is not doing as well is likely to provide a contrast that signifies we are doing better. For example, people with cancer have been found to rate themselves as superior to other people with cancer on:

This in turn can help them adjust better to their situation (Jenkins and Pergament, 1988).

An explanation for this tendency towards downward social comparisons might be partially explained by Taylor’s (1983) argument that after a stressful or traumatic event, intense emotions need to be reduced before active problem-solving can take place.

Downward comparisons resulting in feelings of superiority might be the most effective way of promptly reducing intense negative emotions.

In contrast, upward comparisons have been found to be a useful information-seeking aid, and thus might be adopted later, during the problem-solving phase of coping (Bennenbroek et al., 2002).

So, while social comparisons are generally seen in a negative way, they can be a useful coping resource in traumatic situations! 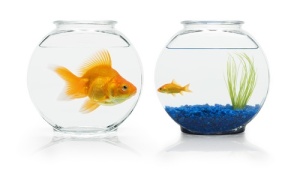