Theory of Self in Counselling

Theory of Self in Counselling 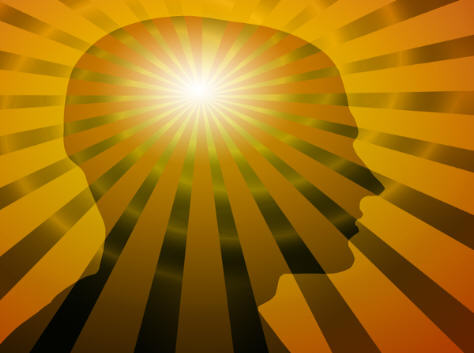 Understanding the complexities of human behaviour is intricately associated with the practice of counselling. Indeed, at the core of every therapeutic encounter is the issue of change and what needs to change for the client. This inevitably raises issues of motivation since motivation to change has been found to lead to more favourable and lasting outcomes (Ryan and Deci, 2008).

However, counsellors often encounter clients who are resistant to change (MacKinnon, Michaels and Buckley, 2006; Engle and Arkowitz, 2006). This client defensiveness is the first of seven stages towards becoming a fully functioning person and it is the counsellor’s role to support the client to reach the next stage – to become less rigid and to start to talk about relevant events and people. This will facilitate the journey towards congruence (stage 6) and eventually becoming a fully functioning person via self-actualisation (stage 7).

Resistance to change is so common because change challenges the client’s self-concept and understanding of themselves. I can relate this to myself and my counselling for eating issues. While I have always been very pro-active in my recovery, I continually hit hurdles to change. When I explored this further with my counsellor, it became evident that this is because I have struggled with food and weight since I was a child and therefore it is a strong part of my self-structure. Despite wanting to change and be free from these problems, they have become who I am and therefore it is scary to become someone who doesn’t have those problems. Who is underneath the constant worrying about food and weight? How would I cope without my familiar unhealthy behaviours? I expect that many clients go through a similar dilemma, albeit with different issues. Even good change can be scary and it is my job as a counsellor to recognise this, empathise with it, and simply be with my clients as they venture through the various stages of change.

I have found Self-Determination Theory (SDT) (Ryan and Deci, 2008) particularly useful in understanding the nature of human behaviour and change. This theory posits that people’s fundamental psychological needs are separated into:

1) Autonomy (i.e. actions that are volitional and self-controlled rather than dictated);

2) the Need for Competence (i.e. the psychological need to feel more confident in bringing about positive results);

3) the Need for Relatedness (i.e. the psychological need to feel important and connected to other people).

This theory is particularly relevant in terms of highlighting that change needs to be an autonomous decision and that in order for someone to make such a decision they also need some confidence in their ability to effectively follow through with that decision. In this sense, before change can take place some clients might need help exploring any thoughts and feelings preventing change (e.g. such as the self-concept of being a ‘failure’).

The Actualising Tendency, which is at the core of person-centred theory, was defined by Roger’s (1951) as “The organism has one basic tendency and striving – to actualize, maintain, and enhance the experiencing organism” (p. 487). Rogers also believed that behaviour is the result of perceived reality/experience and the striving towards self-actualisation. Again applying this to myself, my disordered eating was a survival technique as a child – it was an effort towards self-actualisation that is no longer needed but which has become ingrained. This can help me to respect my client’s behaviours and their difficulty in breaking free from self-defeating behaviours.