The Future of 3D Printing

The Future of 3D Printing

Additive manufacturing (AM), more commonly referred to as 3D printing, is on the cusp of disrupting production and manufacturing as we know it. With the development of increasingly complex technologies, no longer is AM employed simply for prototyping, but instead is now operated as the main hardware and software for end-product creation. Innovative companies from numerous fields, such as industrial manufacturing, aerospace engineering, and medical sciences, are expanding the uses of 3D printing. And, this is just the beginning. In the same way that the digital revolution is changing the way we conduct our lives, so too is the 3D revolution prompting us to rethink the possibilities of what we can create.

In 3D printing, digital information is utilised to construct a product, one layer of material at a time. The early forms of 3D printing emerged from Japan, France, and the US, in the 1980s. One example of this is stereolithography, which involved producing objects from polymers, joined layer by layer, in an automated process guided by design software. In the past 30 years, however, equipment has become more sophisticated, and the list of materials that can be manipulated is ever growing. 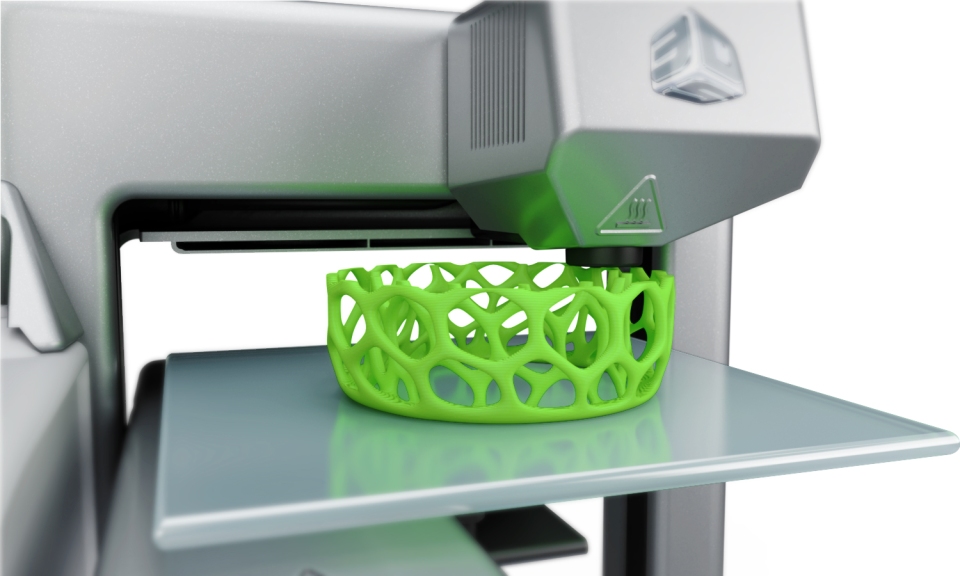 The last half-decade has seen a continuous output of 3D printed objects, from makeup to food to artwork to glass. The next frontier is commercial manufacturing. While mass production is still the standard method of delivering products to consumers, this may come to an end in the not-too-distant future. At the very least, firms will need to re-examine current processes in light of the new ways that 3D printing can add value to the company. Lowered costs, shorter lead times, and the ability to customise according to customer needs are just a few of the benefits that businesses can expect.

General Electric (GE) is one company that is investing heavily in AM. The manufacturing giant recently acquired two European 3D printing companies. Earlier this year, the firm set up its ‘Center for Additive Technology Advancement,’ near Pittsburgh, Pennsylvania, where engineers are working to develop cutting edge production methods. Committed to reshaping its processes, GE predicts that 3D printing will result in significant savings over the next ten years. Another business leading the way is Lockheed Martin, an aerospace firm that has been 3D printing flight-ready components for many years. Additive manufacturing enabled swift production of titanium brackets, which were then used in NASA’s Juno spacecraft, launched in 2011. Juno is currently orbiting Jupiter and transmitting ground-breaking photos of the planet back to Earth.

AM also has tremendous potential in the field of medicine, and particularly in biomedicine. One such ingenious application is in advanced prosthetics-making. In 2014, a doctor at Johns Hopkins created an inexpensive, custom-fitted, and easy-to-control plastic hand for a young patient. Even customised human body parts are being produced using AM. According to Steven Hausman, President of Hausman Technology Presentations, “Patients have already received 3D-printed jaws, ribs, sternum, teeth, tracheas and skulls” (Baker, 2016). Hausman added that, in the future, any part of the human body will be able to be replicated using a patient’s own stem cells to avoid tissue rejection. 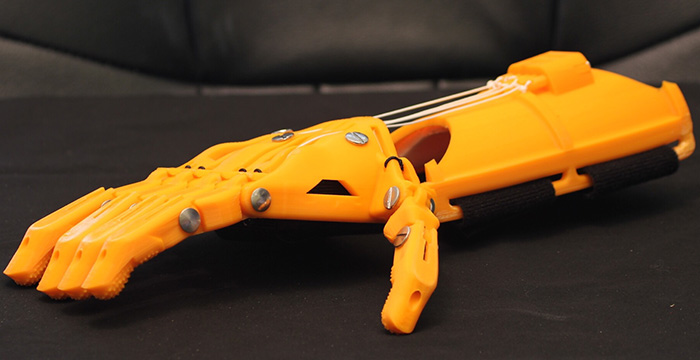 Even technology company Hewlett-Packard (HP), once responsible for filling offices and homes with the first mass-market inkjet printer, has produced its first 3D printing device. Consumers will soon reap the benefits of these initiatives, as innovations continue to trickle down to other industries. A growing preference for fewer, more tailored products, versus one-size-fits-all items, will encourage more businesses to get creative with 3D printing. At present, the cost of acquiring the necessary machines is out of reach for most people; however, as is true of any new technology, increasing demand, as well as improving industry practices, will soon drive down the price. It is not unthinkable that, someday, just like the old inkjet printers, 3D printers will become so commonplace, that we could all have one in our own homes.